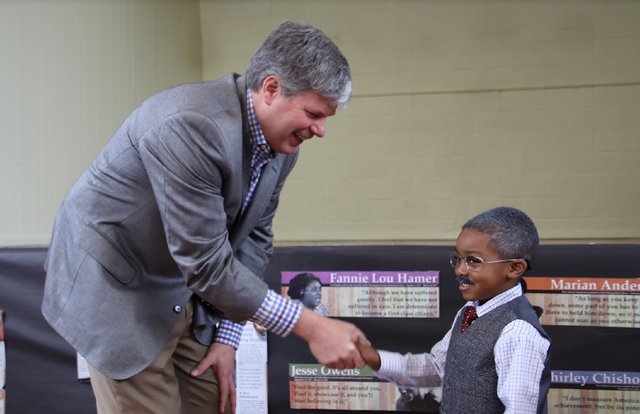 Faulkner is an advocate for programs expanding pre-K opportunities for children in Alabama and recognizes it as a statewide priority.

Students at Foundations had been studying contributions African Americans have made throughout the course of U.S. history. In their program the last week in February, they dressed in character and presented reports on some of their favorite historic figures including Dr. Martin Luther King Jr., Oprah Winfrey, Maya Angelou, Jackie Robinson, President Barack Obama and many others.