AlaKiDS is administered by the State Department of Education.

The transition to kindergarten is one of the most significant transitions that a young child experiences in his or her formative years. What happens may lay the foundation for a child’s adjustment to and future success in school.

The ADECE is particularly concerned about the early learning development of a child and its impact on closing the achievement gap. Due to COVID-19, Alabama’s early learning programs, childcares and livelihoods of families have been disrupted. This disruption has put many of Alabama’s children at risk of entering kindergarten behind the expected timeframe. To identify possible developmental concerns and learning needs, ADECE will be administering a Kindergarten Entry Assessment (KEA) to all entering kindergarten students in Fall 2020, called AlaKiDS: The Alabama Kindergarten Inventory of Developing Skills.

AlaKiDS will provide the kindergarten teacher with necessary information to begin immediately meeting the individual developmental learning needs of each child. ADECE will provide teachers with training and all related supplies and materials, and AlaKiDS will be administered within the first month of the school year.

Research shows children entering kindergarten later widens the achievement gap. ADECE has selected a vendor through the state’s competitive RFP process to create a unique tool specific to Alabama early educators, AlaKiDS, that will ensure all entering kindergarten students with possible developmental concerns and learning needs will be identified. An early assessment can lead to better outcomes for children by informing instructional practices and program development.

“Kindergarten is the place in which children make important conclusions about school as a place where they want to be and about themselves as learners. If no other objectives are accomplished, it is essential that the transition to school occur in such a way that children and families have a positive view of the school and that children have a feeling of perceived competence as learners,” (Bailey in Pianta, 1999, p. xv). The National Center for Early Development and Learning (NCEDL) points out that the transition to kindergarten is a significantly important time to establish competencies critical to a child’s school success and achievement. They point out that the transition involves not only how children adjust to kindergarten, but also how families and schools interact and cooperate. Their research documents that it is not just the child who makes a transition—families and school personnel are also involved (NCEDL, 2002). A successful transition to kindergarten is seen as a key component of school readiness (Pianta & Kraft-Sayre, 2003). Research shows that children who experience continuity as they enter the formal world of elementary school are more likely to be successful in school (Glicksman & Hills, 1981; Lombardi, 1992; Pianta & Cox, 1999). Research conducted in the last fifteen years has also shown that children, especially those at risk for school failure, who experience continuity as they enter the formal world of school are more likely to sustain gains that were achieved in preschool programs. Early school adjustment has been shown to have a long-term impact on children’s later school success (Pianta & Cox, 1999; Parker & Asher, 1987). 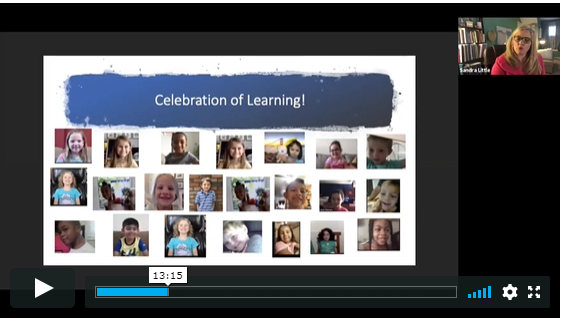